Growing oysters on a rope

An invitation from Tarbouriech oysters to come to Venice is something you don’t have to think about for long. Certainly not if you are taken along by the oyster grower himself. At 7:00 in the morning our founders flew from Amsterdam to Venice. Our contact Giorgio was already waiting for us and 1.5 hr later we arrived in Porto Tolle, in the bay of Scardovari.

The closer to the origin the more exciting it gets. Or as Matijn says: “It has to hurt to get somewhere otherwise it has no value.” And value it has when we drive on the road around the bay to the Tarbouriech oyster shack. It’s raining and windy, and it only makes the experience more real. It had to rub off a little.

A gangplank connects the shack, which stands on stilts, to the shore. Once inside, the wind rushes in on all sides. The planks on which we walk are open, you look straight into the water. Three men in wading suits stand behind an installation where the freshly washed oysters roll out on a conveyor belt. One by one, small shells, grit and algae are knocked off the oysters and thrown into crates that are arranged by size. The men are trained so it has become almost automatic and without looking they throw the oysters into the right crate. 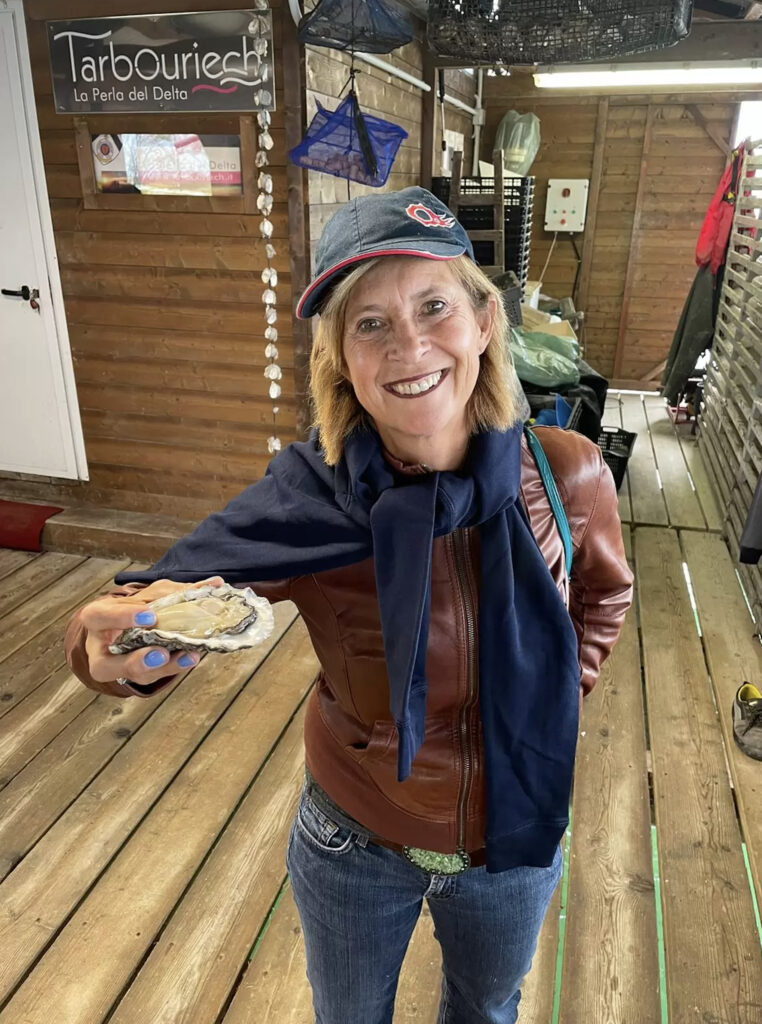 We meet Alessio Greguoldo, a petite man in his forties, with dark curly hair and a short beard. He moved to France five years ago and became an apprentice at Tarbouriech Huitres. An oyster grower who has his plots along the southern French coast between Perpignan and Montpellier. The Bay of Scardovari has no tides in the Mediterranean. To be able to cultivate good oysters, you need the tides, for reasons including shelf life.

At Tarbouriech they have developed a method where young oysters are attached to ropes. These are attached to horizontal beams in the water, which can be raised and lowered by 2 ½ meters. Twice a day, they are brought up for 6 hours following the rhythm of the tides. Controlled by an app specially developed for this purpose.

Five years ago, Alessi introduced this cultivation method to Italy and now we were invited to see his oyster fields. Along the way he explains that he feels like an agriculturalist, the same elements affect the land as the sea; the wind, the temperature and the amount of sun hours. “You can only do this work if you love nature,” he confides. He explains that sometimes he holds the oysters up or down longer based on his gut-feel. “That’s just the difference between a good and a very good oyster,” he says. Because the oysters get the sun on them twice a day, the shell has a beautiful pink color.

Alessio first shows us the baby oysters; a fine mesh basket holds about 450 oysters. After 8 months, they are attached to the ropes with a natural cement -from the seabed. Gluing the oysters is a very precise job. If you don’t glue the oyster properly, it will not be able to grow and will eventually die. 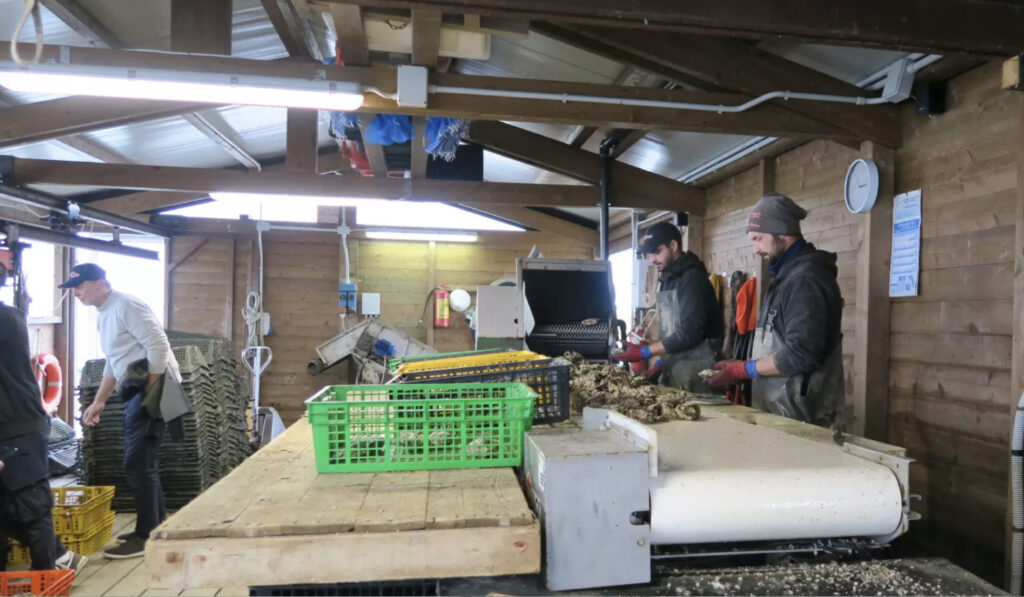 After all these years of being in the oyster business, we are still amazed to see how much innovation and passion our growers put into their work. Having adventures like this, is the true meaning of the “World is your oyster”! 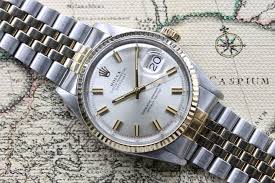 The Oyster, an amazing creature In many ways, the oyster is a remarkable creature. It cannot walk or swim, it is a 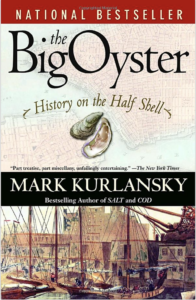 Oysters in New York City – Learn more and you will love the oyster more than ever! Red Oyster USA is proud 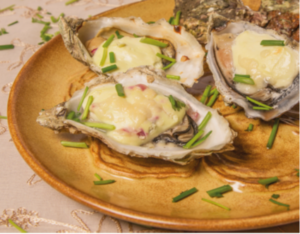